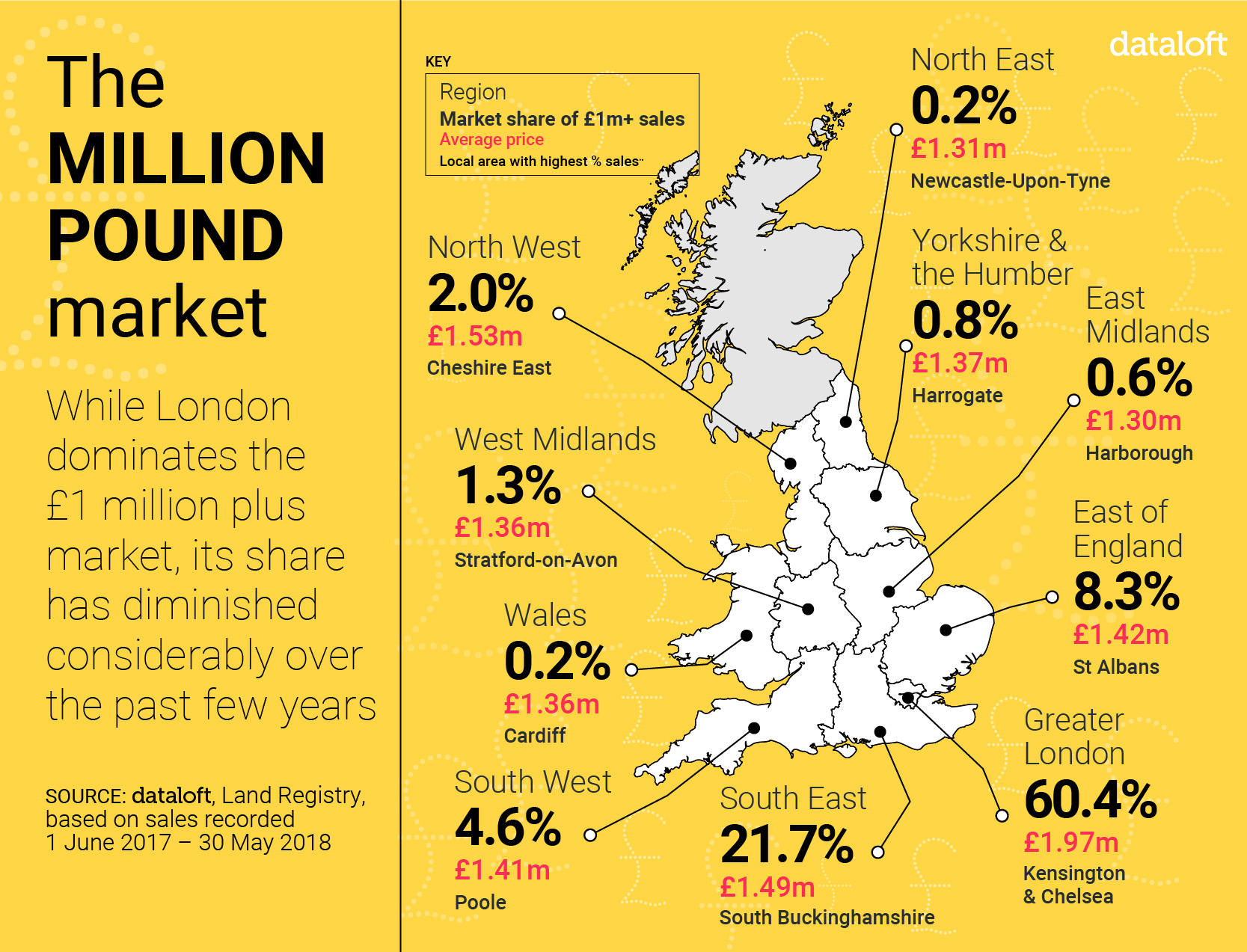 Over the past year over 16,200 properties sold across England and Wales boasted a price tag of £1 million or more, just 1.85% of all property transactions.

As you would expect volumes vary significantly by region. One in every 10 properties sold across London bust the £1 million barrier and one in every 50 across the South East, while the ratio in the North East and Wales was just one in every 1400 sales. In nearly one quarter of local authorities across England and Wales no sales topped £1 million.

While volumes vary considerably, average prices are broadly similar, with the average price of a £1million plus property in seven out of 10 regions between £1.30 million and £1.42 million. Only across London, the South East and North West do average prices exceed this range.

While London dominates the £1 million plus market, its share has diminished considerably over the past few years. Five years ago the London market accounted for over two-thirds of all £1 million+ property sales, now the figure is just 60%.