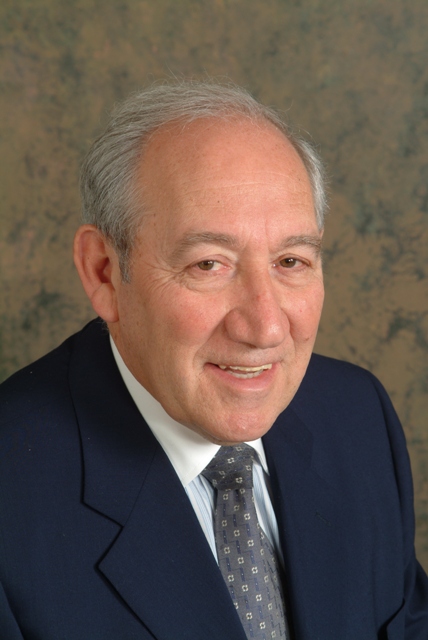 The company he founded and bearing his name first opened on the High Road, Whetstone in May 1964 and has gone on to become familiar with anyone buying, selling or renting in North London.

Martyn Gerrard decided to enter the property world, when having passed his eleven plus, his cousin Max came to congratulate him driving a brand new Alpine Sunbeam. Max was an Estate Agent in Palmers Green and Martyn Gerrard was so impressed with the car he decided - that’s what I want to be. His working career began as a register clerk in Belgravia, recording details of properties into a ledger. He studied to become a surveyor and enrolled for membership of the Royal Institution of Chartered Surveyors.

Following the death of his father in 1956, Martyn Gerrard at the age of 17½ became head of the family and had to provide for his mother and younger brother. He was released from his surveying studies and went to work for a credit agency on the Caledonian Road.

In 1964 the time came to open his own estate practise. When he entered the estate agency world he wanted to shake it up and do away with the stuffy formality and old fashioned attitudes. He was assured by his rivals it would never work. But he proved them wrong. He brought in a fresh customer focused approach that was most importantly, friendly, personal and based on integrity.

This attitude was brought home to me when in 2012 Martyn Gerrard Estate Agents appeared on a Channel Four TV show – Mary Portas, Secret Shopper which featured an interview with Mr Martyn Gerrard.  A few days after broadcast we began receiving letters from people who remembered fondly the time and support he had personally given them when they were buying or selling more than 40 years previously.

These founding principles are as strong today as they were then – to provide an honest and trusted service with integrity.

The foundations that he laid down more than 50 years ago has seen the company flourish through the economic highs and lows. The first branch in Whetstone was joined a few short years later by a second branch at Tally Ho, North Finchley. As the property market exploded in the 1970’s Martyn Gerrard Estate Agents grew adding branches in Finchley Central and East Finchley. The 1980s saw branches open in Crouch End and Muswell Hill. It was at this time, as other chains were being snapped up by banks and building societies, Martyn Gerrard remained steadfastly independent - despite many lucrative offers. After all, for him the company was part of the family.

As the company expanded so did the range of services offered with a dedicated lettings and property management department and a separate Commercial & Professional Department - headed by my brother Saul, who is also a member of the RICS. All these are now an integral part of the agency. The reins of running the company were passed onto me and the last 10 years has seen the network grow further with the opening of Kentish Town, Mill Hill, Hendon and Barnet. With more offices set to open in the coming months.

Martyn Gerrard Estate Agents have always been proud of the traditional values of professionalism and a personal, hands on service. The continued success and reputation of the company is down to my father’s original belief of ‘people before property’. Your home has a special place in your heart, it is the centre of the family - We don’t just sell property, we help make homes.

He has inspired and encouraged a generation of people who worked for him – although he would always point out ‘you don’t work for me, you work with me’. Two years ago the company celebrated 50 years of business, by holding a birthday party at Alexandra Palace. The event was attended by family, friends and the current staff, plus as many past employees as could be found, who each remembered warmly their time working for MG. The overwhelming feeling of the night was of the comradery and as my father said himself, the real pleasure was seeing so many old friends sharing so many happy memories.

My family has been overwhelmed by the sheer number of people that attended the funeral (over 500) and have contacted us since his passing, each recalling fond memories of him.

There can be no doubt of the indelible mark Martyn Gerrard has left on so many.