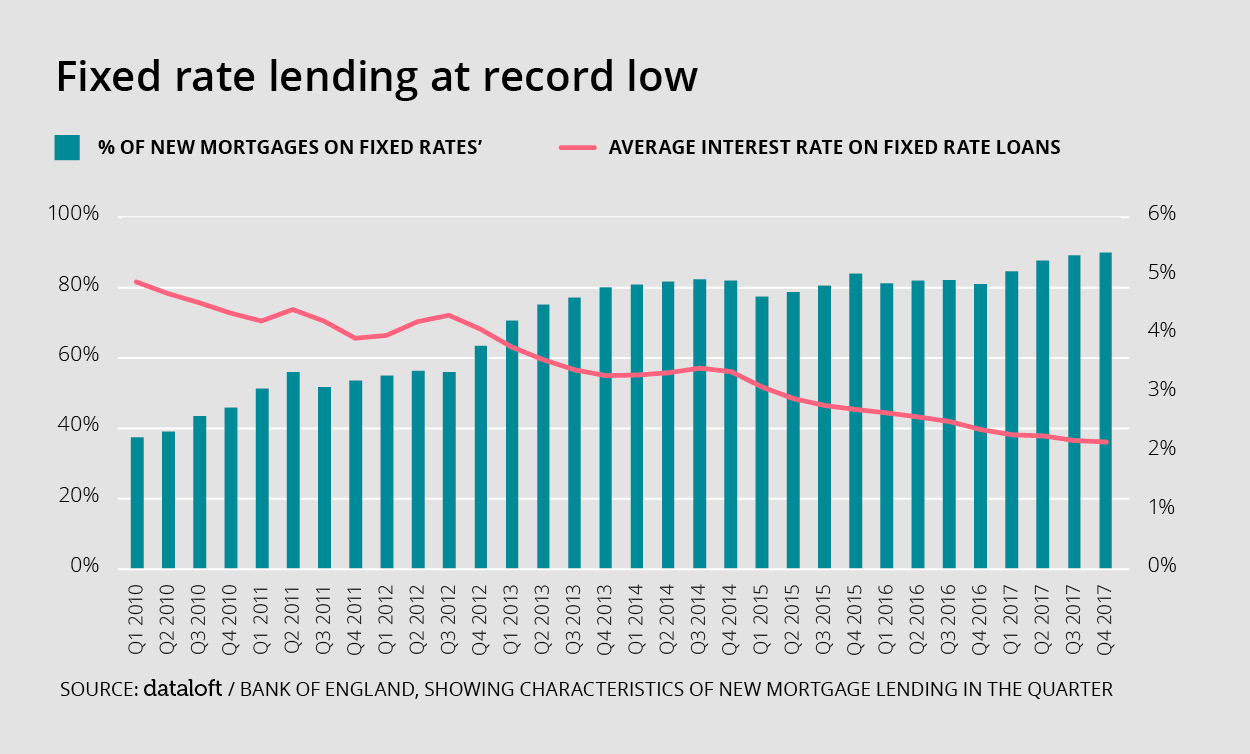 Interest rates were kept at 0.5% in March keeping the cost of borrowing low for home buyers. However, a rate rise is on the horizon. Those considering a move could save money by acting now and securing their mortgage at current low levels.

Over the last few years, borrowing on fixed-rate deals has become the mortgage of choice for the majority of homeowners. Indeed, over 90% of new mortgage lending (both for house purchase and remortgage) in the fourth quarter of 2017 was on fixed-rate deals.

At the same time, low-interest rates have kept the cost of borrowing low. At the end of 2017, the average interest rate paid by those on new fixed-rate loans was 2.17%, down from 4.1% five years earlier.

After the interest rate rise at the end of 2017, further increases have been muted. While lower than expected inflation in March (down to 2.7% from 3% in February) will ease some of the pressure to raise rates in May, most commentators expect rates to have increased to 0.75% by August.