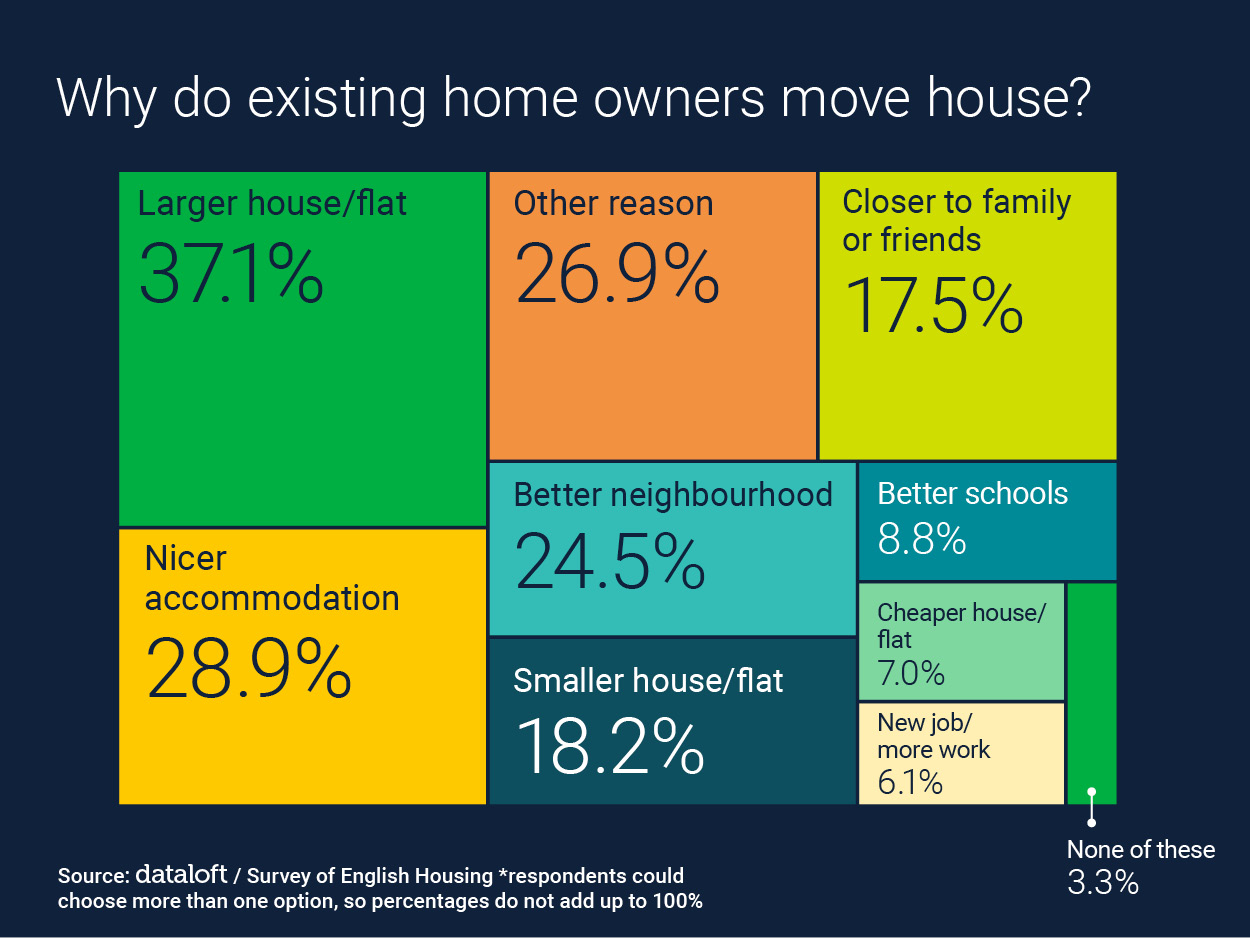 Over half a million households living in owner occupied homes are expecting to move to a new home within the next six months, accounting for 3.7% of homeowners. This is according to the latest data released by the English Housing Survey for 2017/18.

Moving to a larger property is the most popular reason why homeowners expect to move, with 37% of homeowners citing this reason. Those buying with a mortgage are even more strongly motivated by larger homes. 47% of those with a mortgage and looking to move, say that this is one of their primary reasons for moving.

Wishing for ‘nicer accommodation’ is the second most popular reason for looking to move, while being closer to family or friends is a strong motivator for the under 35s and over 65s.