Who is set to win the 8th FIFA women's World Cup based on house price growth? 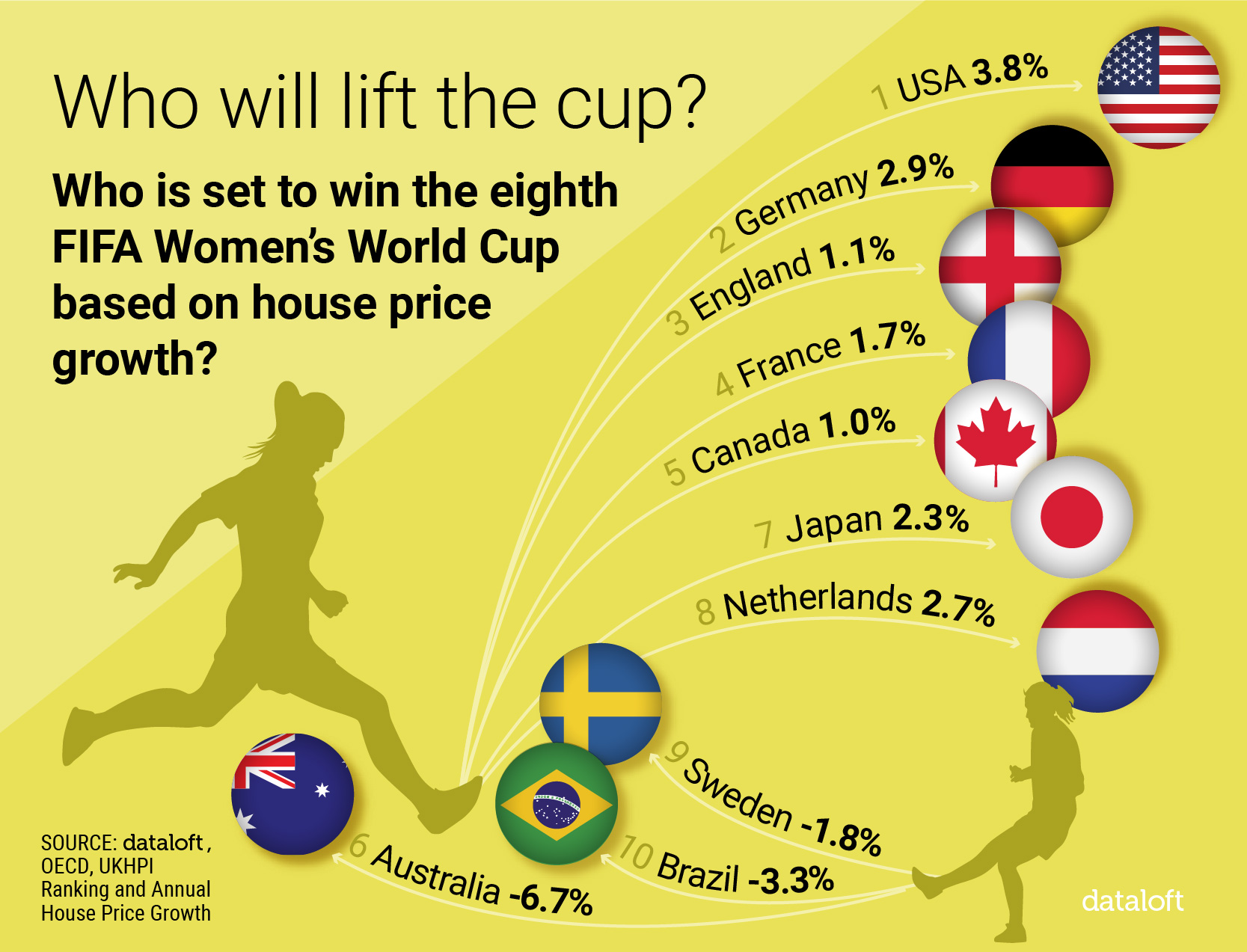 Who will win the cup?

The eighth FIFA Women’s World Cup is underway. France is hosting the tournament that will see 24 teams compete across 51 games, before the final in Lyon on 7th July.

Who is set to win the world cup based on house price growth? Based on current property price growth for the top 10 world ranking teams, the USA are favourites to retain the trophy they won in 2015.

Based on property price growth England’s Lionesses will make the quarters. However, they are currently ranked 3rd in the world and are the fourth favourite to win, so a semi-final place may well beckon.

The 2018 World Cup gripped the nation and the 2019 Women's World Cup is already breaking records. Here's hoping the Lionesses can make the nation roar.