Where could a Wimbledon player invest their prize money? 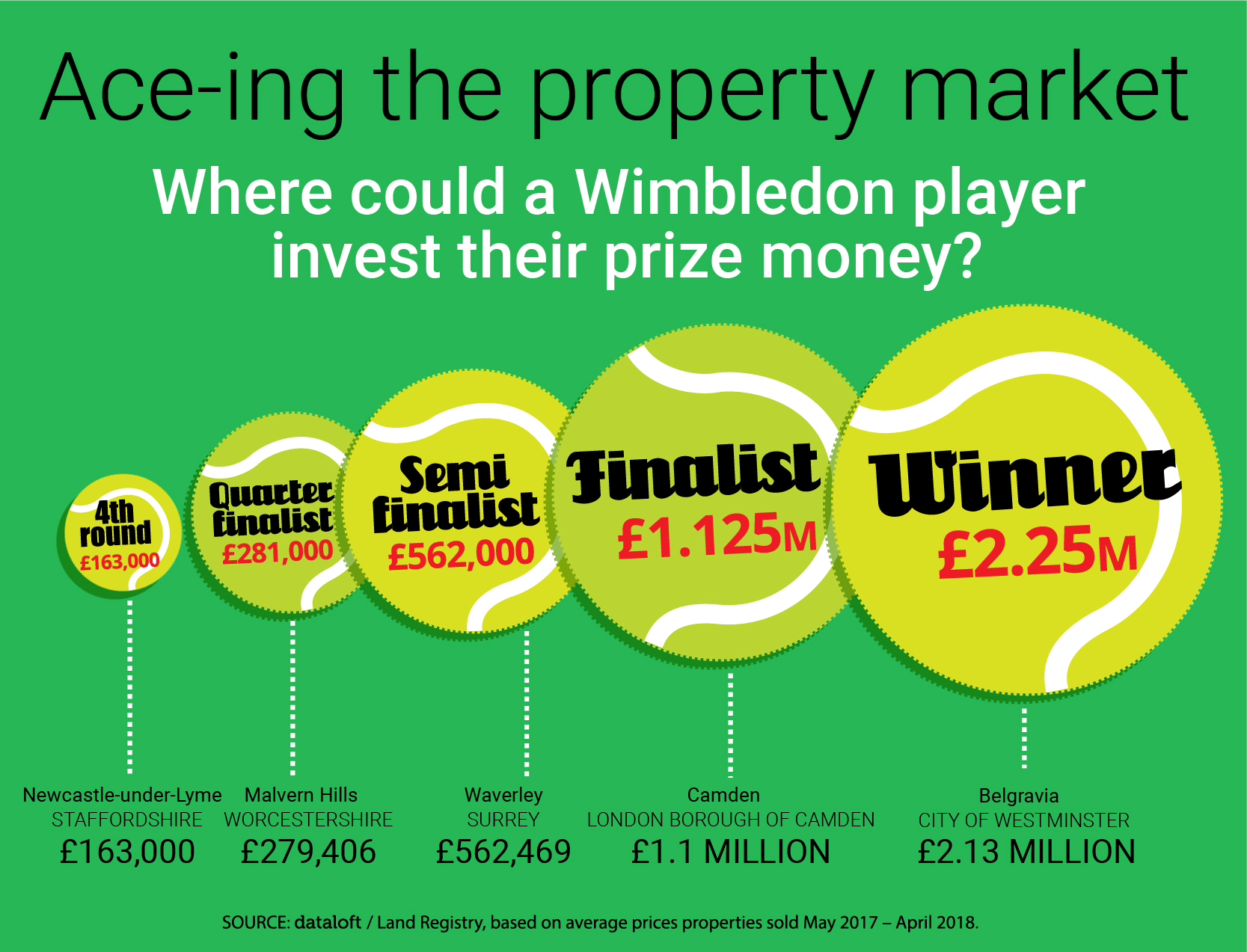 The 132nd Wimbledon Tournament is underway. Over the next two weeks 790 players will take part in some 674 matches while a suite of new champions will be crowned.

At £34 million this year, the prize fund for Wimbledon has risen by 7.6% since 2017, virtually double the current annual rate of house price growth (3.9%). The winners of the singles Championships will both be presented with a cheque for £2.25 million.

If the players are looking to invest their winnings in residential property, the prize money will go a long way. All but 0.3% of all property sales over the last year have been over £2.25 million, while all but 1.4% of sales sold for the runners-up budget of £1,125,000.

As an aside, just eight Wimbledon championships have taken place without any rain interruption. Will the umbrellas be needed this Wimbledon fortnight?