The Budget for the future generation? 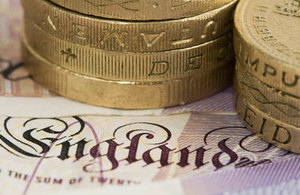 One thing was drilled home by Chancellor George Osborne during his speech and that was that he wanted to “act now so we don’t pay later”. He then went on to outline a selection of changes that were met with the usual cheers, condemning moans and disgruntled shouts of “Order!” from The Deputy Speaker of the House, John Bercow.

Michael Lawlor of Mortgage Advice Bureau summarises a few of the changes that could affect you or your mortgage.

The first major change in the Budget came when Osborne announced that he was cutting Capital Gains Tax (CGT) from 28% to 20% for top rate taxpayers and from 18% to 10% for basic rate taxpayers.

Why has he decreased it?

Many believe that cutting CGT will encourage people, specifically landlords, to sell and take advantage of the tax cut, which could lead to a slowdown in the recent rapid house price growth as properties become more readily available.

With the new Stamp Duty (SDLT) rates for secondary homes coming on April 1, commercial property Stamp Duty has also been given a shake-up.

Now working in a similar way to the tiered system that is used for residential properties, the new rates will see commercial properties worth up to £150,000 become SDLT-free. A charge of 2% will then be added onto the next £100,000 and a further 5% for anything over £250,000.

Based on the recent Help to Buy ISA model, the Lifetime ISA will be launched in April 2017 and will see savers under the age of 40 receive a 25% bonus from the government.

Will I be able to use this to save for a deposit for a house?

Yes, though you will have to save for a minimum of a year before you can use it to do so. If you decided to use the Lifetime ISA to save for a property, Osborne also announced that you will be able to spend up to £450,000, though this is only open to first-time buyers.

But I’ve just taken out a Help to Buy ISA?

When Osborne came into office as the Chancellor of the Exchequer in 2010, the government “borrowed £1 in every £4 spent”. Today, he announced that, by next year, it will be £1 in every £14.

This Budget was very to-the-point but Chancellor Osborne’s sagacious attitude when addressing the House left an air of muted ambition.

After announcing that he expects Britain to reach the target of £10.4bn surplus by 2019, Osborne ended on the strong note of, “We act now so we don’t pay later. This is our Conservative Budget, one that reaches a surplus so the next generation doesn’t have to pay our debts.”