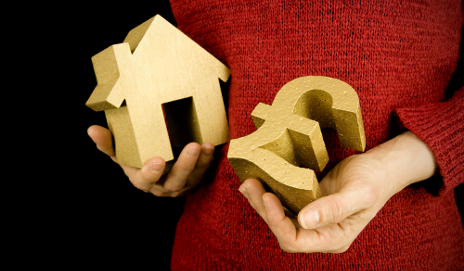 Kate Faulkner is one of the UK's leading property experts and in this article, she gives her opinion on the latest agent fees.

The level of fees charged by agents has been quite diverse over the years, for both tenants and landlords. While some agents have always been up front and fair with the amount they charge, in the past some haven’t made it clear either when fees would apply or how much the final charge would be. Tenants could move and wouldn’t get their deposit back from one property until well after they’d checked into the next, meaning they found it hard enough to have to ‘bridge’ the deposit, never mind paying sizeable fees to a few agents for referencing and administration. Sometimes the figure quoted included VAT; all too often it didn’t.

Furthermore, a lack of clarity around commission fees that some agents add to invoices for maintenance work has resulted in some landlords receiving unexpectedly high bills, especially where the commission was not capped.

Realising the scale of the problem, the English government brought in legislation in May 2015, forcing agents to be transparent about the fees they charge. As it stands currently, agents in England must clearly display their fees in their branches and on their website, and in all adverts. If they fail to do so, they can be fined up to £5,000.

Meanwhile, in Scotland, the charging of fees for renting has been illegal since 1984 and that law was clarified in 2012 to make sure that no tenant is charged anything other than a deposit - and then only once an appropriate property has been found.

That being said, the recent announcement from the Treasury in the Autumn Statement that it was their intention to ban tenant fees in England has not been well received, mainly because this proposal was made without any apparent prior discussion with agents. Although a consultation with the industry will take place, there is naturally some speculation about when the ban might take effect and exactly which fees might still be allowed.

From the agent’s perspective, it seems entirely reasonable to expect to be compensated for the cost of carrying out specific administrative duties that support the tenant, sometimes at the expense of the landlord. However, those for the ban argue this should be covered by the letting and management fees that the landlord pays. Currently, average tenant fees are around £337, with many in London having to pay more than £400. The main concern seems to be that some agents are making a profit over and above the costs they incur in carrying out referencing, credit checking, inventories and completing the tenancy agreement paperwork.

Government officials have already been to Scotland to ‘learn lessons’ about implementation and enforcement of the ban there, so what is likely to happen in England? Well, there may be a complete ban on all fees or there might simply be a cap, to prevent unscrupulous agents ramping up costs. The Government has said that the formal consultation will take place in March and April and the Royal Institution of Chartered Surveyors believes that the eventual legislation will not take effect until 2018.

Meanwhile, tenants and landlords should continue to speak to agents to ensure they understand exactly what they’re liable to pay, both up front and on an ongoing basis, including fees for tenancy renewals and commissions on maintenance work. If you have any concerns about what your own agent is charging, speak to them first and if you are still unhappy, you should contact the redress scheme they are legally obliged to belong to. And if they can’t resolve things, you can complain to your local trading standards department.