Investing in HMOs - section from The Telegraph 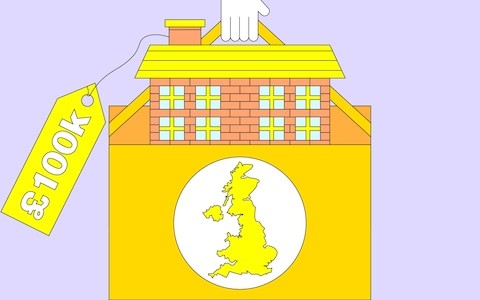 HMOs are properties with at least three tenants who form more than one household (if tenants are married, in a relationship or related they count as one household). HMOs with two or more separate households, or five or more tenants, need a license from the local council. This will certify that the property fulfills requirements such as minimum bedroom sizes.

For many landlords, it's worth it. Across the country, HMOs generate average rental yields of 6.5 per cent, compared to a 5.6 per cent average return for terraced houses, according to the NLA.

But they make up a relatively small proportion of the market: NLA statistics show while terraced houses account for 59 per cent of Britain’s rental stock, HMOs make up only 20 per cent. It’s a sector that previously “had such a bad reputation,” says Tom Wolfe of HMO Advice. But with co-living on the rise, times are changing and there’s space for the sector to grow.

In Chelmsford, Essex, investing in HMO property means boosting returns from five per cent for standard lettings, to returns at “nine per cent plus,” says Neil Baldock of Charles David Casson estate agency.

Here, a 25 per cent flat deposit costs £53,080 and terraced houses are £72,070 (a total of £85,132 with stamp duty), according to Hamptons. Parklands Drive and St Fabian’s Drive are particular hotspots for HMO stocks, says Baldock. He advises buying within a mile radius of the city centre - these tenants are sociable and want transport and amenities.

HMO properties work best for young professionals, which means “London is always going to be the powerhouse of this sector,” says Wolfe.

In the capital, good HMO properties can achieve yields of 6.5 per cent, compared to the city’s standard yield of 3.5 per cent, says Christopher Florence, also of HMO Advice. The company is currently working with a 12-bedroom property in Ealing that has yields of 14 to 15 per cent.

Wolfe and Florence recommend buying large houses with nearby transport links, either in Ealing or “anywhere south”, such as Clapham and Putney. In general, more bedrooms mean more profit, but Wolfe cautions that the social aspect of HMO living is key. Homes with six bedrooms are the sweet spot, he adds.

Converting an old property to qualify for an HMO licence can be “costly and complex”, says Simon Gerrard of Martyn Gerrard estate agents. HMO license criteria can vary significantly between local authorities and “many councils are having an aggressive crackdown.”

New build property will be compliant with HMO regulation, says Gerrard – though of course, this comes at a premium.