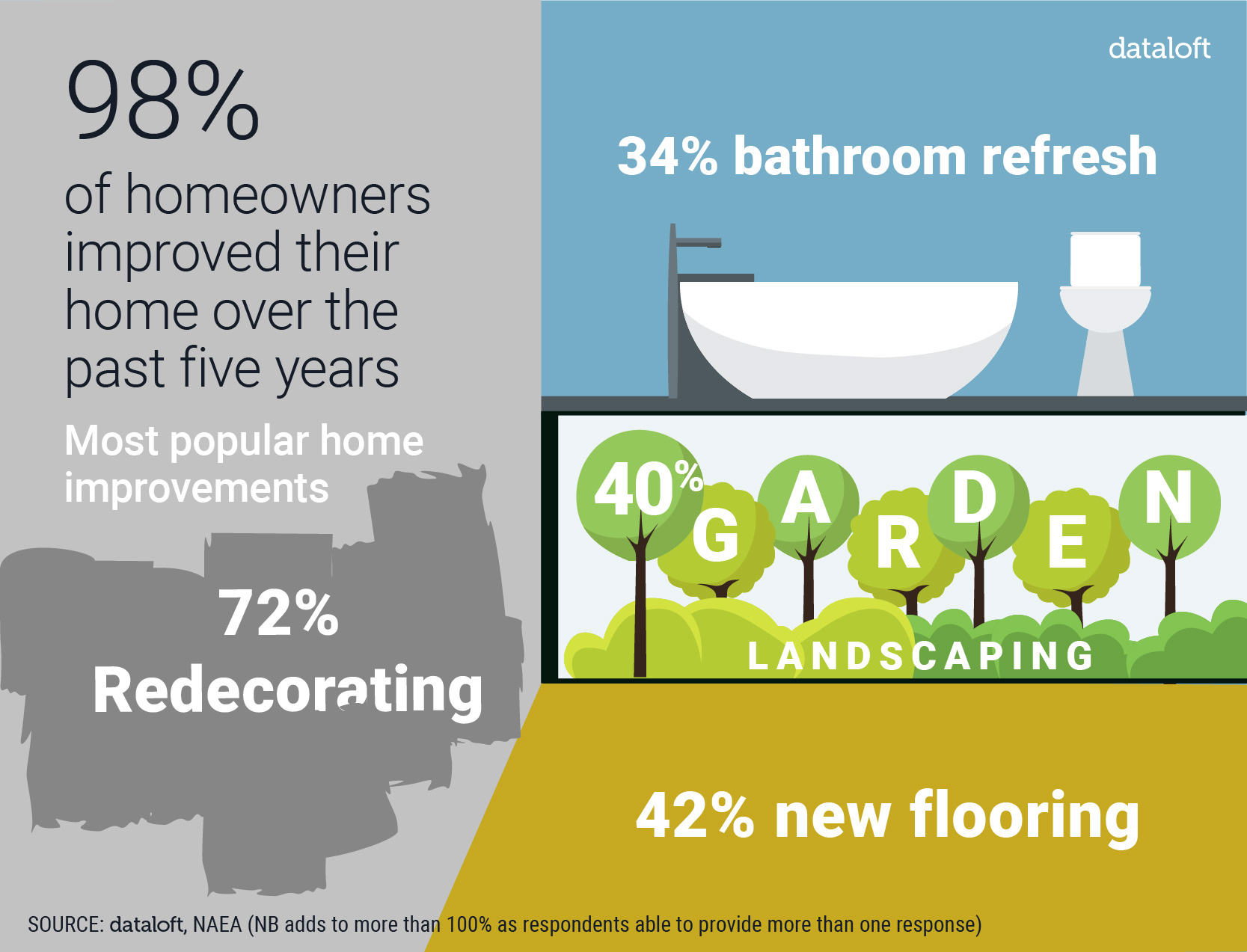 April is National Home Improvements month. Property owners across the UK have spent almost £8,000 each on home improvements over the last five years, a staggering £48 billion in total, according to new research by the National Association of Estate Agents.

Nearly three-quarters of homeowners have redecorated, while two in five have put in new flooring or landscaped the garden and one third has refreshed the bathrooms.

Over half of homeowners stated their motivation for carrying out such work was to improve the look of their home, nearly a quarter sought to add value and one in five bought a ‘fixer-upper’ on purpose.

One in fourteen (7%) of property owners stated their reason for undertaking improvements was because the cost of moving was too high.