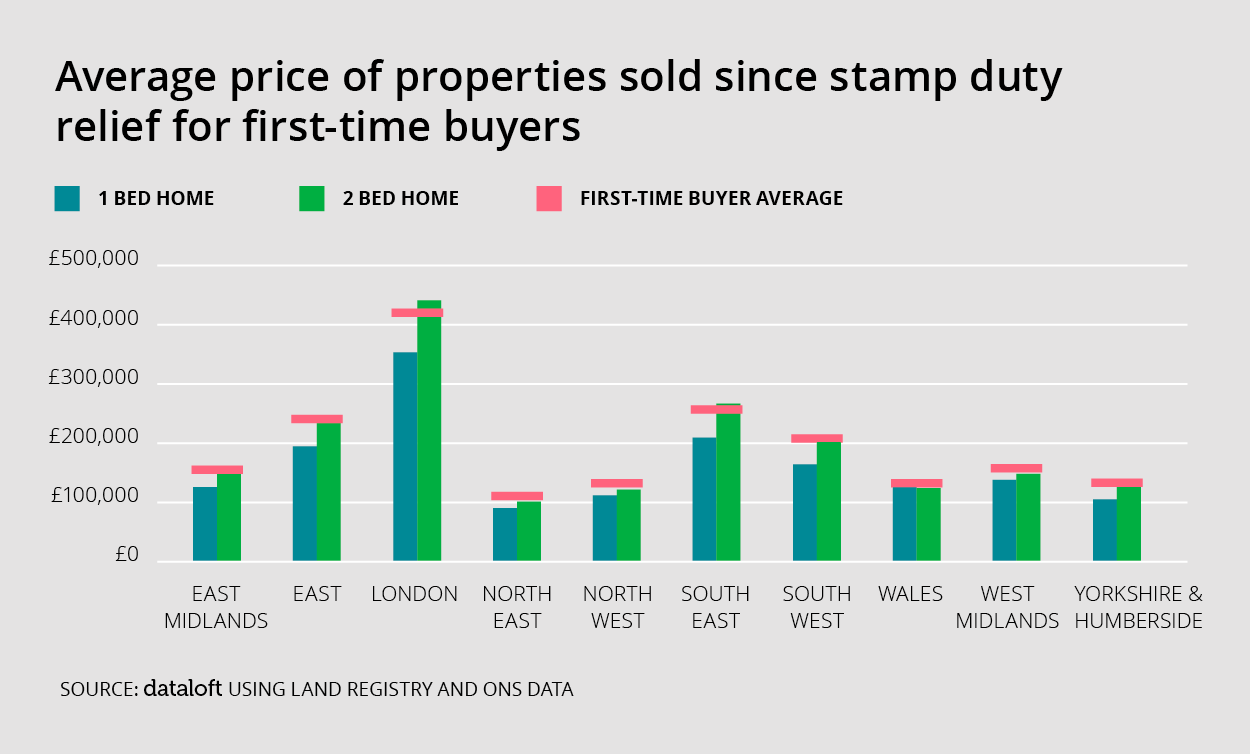 The latest NAEA report suggests that some first-time buyers, particularly in areas outside of London are pushing themselves further in order to maximise the benefit of stamp duty relief. In this way, they suggest, they are skipping the traditional first home and making the jump straight up the ladder to what might previously have been their second purchase, thus also saving on future stamp duty costs.
While shrewd of first-time buyers, if this becomes more widespread, the pressure is likely to intensify on next rung of the ladder making it harder for those true ‘second-steppers’ who wish to move up the ladder out of their first home.

We analysed all sales that have completed since the stamp duty relief for first-time buyers was introduced on 22nd November last year. We have compared the price paid for one and two bedroom homes with the average reported price paid by first time buyers in each region.

In parts of the country, particularly outside of London and the South, the average price paid by first-time buyers is more akin to the cost of a two bedroom property than a smaller one bedroom home suggesting that they are already jumping the ladder in some places. We will revisit this analysis in a few months to see how this develops and what impact it is having on the lower rungs of the market.