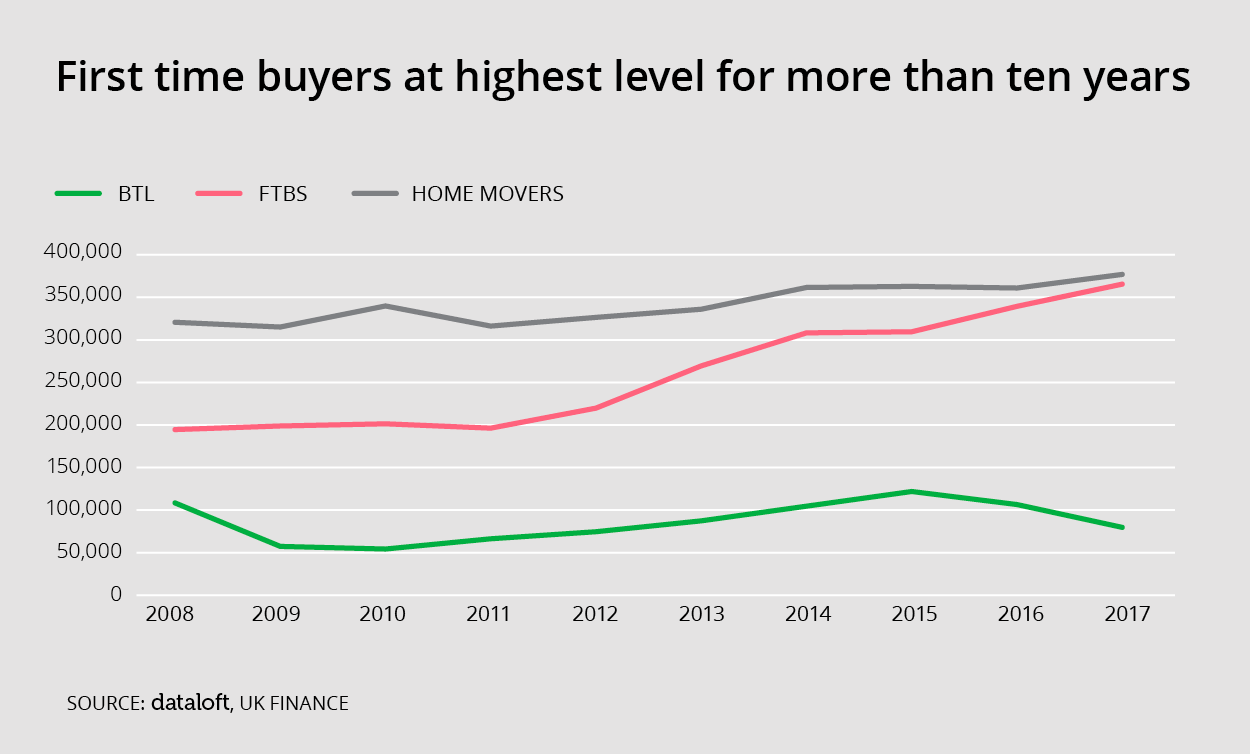 •    Building steadily over the last few years, the number buying homes for the first time was just 3% below the number of existing owners who moved during the year. Ten years ago, the number of first-time buyers was 40% lower than home movers.

•    Some of the boosts in first-time buyers can be attributed to the Government’s Help to Buy scheme; we calculate that around 9% of homes bought by first-time buyers in England have used finance from the scheme. In addition to government incentives, low-interest rates and weaker activity from investors has also assisted new buyers.

•    The stamp duty break could provide a further boost this year and it is possible that the number of first time buyers will exceed home movers for the first time.