Are property prices crashing or calming? 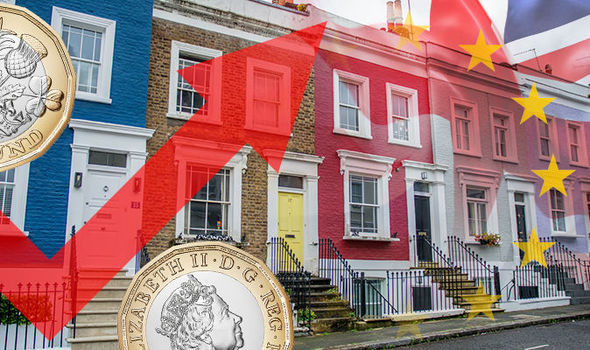 Kate Faulkner is one of the UK's leading property experts and in this article, she discusses whether the property market is crashing or calming.

We know, in theory, bad news makes a much better headline than good news, and that’s certainly true for reports on the property market. Some in the media do love to shout about prices crashing and warn that the market’s in trouble, and it’s been particularly under the spotlight since the Brexit vote.
House price growth has slowed recently and there have been months of falls in some areas, notably London and the South East, but you have to look behind the headlines for the real picture.
The biggest issue is that most reports look at average figures for either the whole of the UK or, commonly, across all of England and Wales. However, when you look at each region individually, there are very different things going on in different areas, which is completely masked by an average figure.
For instance, East Anglia, London and the South all experienced significant growth over the last decade – well ahead of most of the rest of the country – and recent falls are simply because they have ‘run out of steam’. While that’s had a negative impact on average figures, the reality is that prices are still rising in the Midlands and North of England.
Looking at UK HPI average house price data for March 2018 for some major cities, we can see how broad the spectrum is and how price performance can differ within the same county:

• Prices in Glasgow are up 7.7% year on year but are still 5% down on their pre-credit crunch height from a decade ago
• Although prices in Greater London have fallen by 0.7% since March 2017, they’re still a huge 58% higher than before the credit crunch
• At the bottom of the table, prices have fallen by 5% over the last 12 months in Oxford, but at the other end they’re up by 12.5% in Liverpool
• In Yorkshire and the Humber, Bradford’s had a 1.5% drop in prices, while Sheffield has seen a 6% rise.
And historic UK HPI data shows that it’s quite common for prices to fluctuate month on month. Even in a ‘good year’, there’s likely to be a month or two of falls, so you really have to look at the trend over six or more months to get a true picture of how an area is performing. The other reason you need to take an extended view is because the indices put out by various companies in the industry all measure the market at slightly different times, so you’re rarely comparing like with like on a monthly or even quarterly basis.
What we’re experiencing now is currently a cooldown, not yet a crash
The current slow down in price growth that’s being seen in much of England and Wales has been predicted for several years and is viewed as part of a natural market cycle. In the case of both the recession of the early ‘90s and the credit crunch of 2008, prices fell rapidly due to a crashing economy and latterly a financial crisis which led to an economic crash.
There are several main reasons behind the current situation:
• Affordability. Household incomes are still being squeezed, as wage growth and inflation have been broadly the same for a some years now, meaning most people simply can’t afford to move up the ladder – both in terms of finding money for a deposit and paying for other costs of moving home.
• Tightening of mortgage lending criteria. Since people’s affordability has come under greater scrutiny, with a tightening of the rules in 2014 and then again in 2017, it’s meant some are no longer being offered borrowing at the levels they once were.
• Stamp duty changes. Despite a scrapping of stamp duty for first time buyers purchasing at under £300,000, the additional 3% charge for second homes has had an effect on the number of investment purchases, particularly in London, reducing demand from the property investment community.
• Consumer confidence. When there’s economic uncertainty, as we’ve had since June 2016, people tend to hold back from moving house, resulting in a market driven by necessity rather than desire. That means it’s mainly people who need to move (for family or work reasons) who are buying and selling at the moment, so there’s less choice in the market and lower transaction levels.
So currently, the market is cooling rather than crashing and for prices to fall further we’d expect to see an additional economic shock to reduce prices more rapidly. Once our exit from the EU has been finalised and the changes to affordability and taxes have been flushed through the system, it’s likely the market will find its new natural equilibrium.

Until this time, it’s wise as an investor to look for deals that allow you to build capital growth in from the day one, rather than relying on house prices rising naturally to boost your profits.