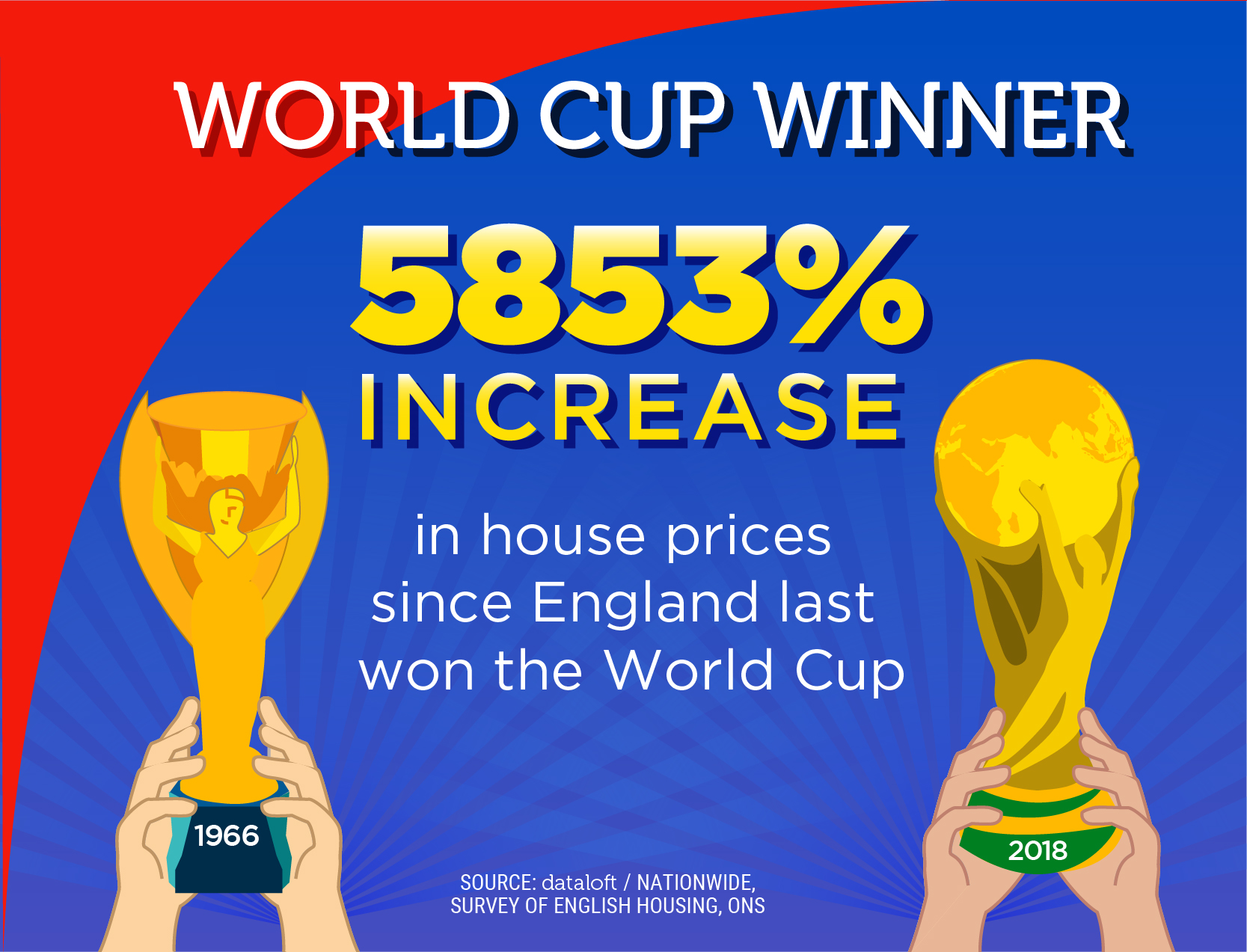 With the FIFA World Cup kicking off on 14th June, we have been reflecting on the last time that England was victorious and how much the housing market has changed since then.

When England last won the championship in 1966, the average price of a home was just £3,558. More than half a century later, average prices have increased by a massive 5853% to almost £212,000. Back then, just over half of homes (51%) were owner-occupied. Now the proportion of households living in their own home has increased to 63% (although it did peak at 70% in the early 2000s).

The proportion of households renting privately is at the same level as it was, at 20%. However, this masks the massive change in private renting in the intervening years, having dropped to less than 10% in the early 90s.

Finally, there have been many changes to the fabric of our housing stock. Since Bobby Moore lifted the World Cup, more than 6.5 million new private homes have been built across England.